The roots of advertisement are connected with reclamations, claims and arguments. No surprise that many people treat it with distrust, suspicion and irritation.

Nobody loves advertisement (except its authors and those who order it), nobody watches it, everybody despises it and get annoyed because of it. But newspapers, magazines, television and city economy in general cannot do without it. One keeps on arguing whether to prohibit advertisement, to restrict its expansion, to bring in stricter regulations on advertisement…

If something attracts attention, intrigues, promises to make dreams true and arouses desire to join - it should be considered as advertisement. This definition allows saying with no doubts: yes, advertisement did existed in the most ancient strongest cultures. Advertisement is as old as the humane civilization. There have always been the objects to be advertised, and different methods appeared to reach those goals.

Advertisement techniques and topics appear, get forgotten and appear again in other places and other times. Sometimes the author of advertisement image has no idea about his forerunners and believes he is the discoverer. A skillful designer with high level of professionalism deliberately uses images from past centuries. The professional is easily guided by historical prototypes.

But there is another type of advertisement, its prototypes cannot be found in museums. It does not suppose any respect, because it is built on scornful attitude towards the spectator.

However, basically the advertisement is made by professional designers, and in this case ignorance is inadmissible. Even if we many times appeal to Irkutsk designers to work on raising their cultural level of advertisements, anyhow, orders will be always made by those who pay. Unless Its Majesty Ruble stands for Culture, those appeals are of no use. 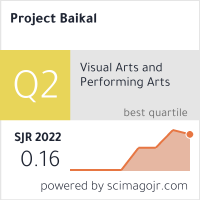